Bing Maps Route Planner – How to Use It? 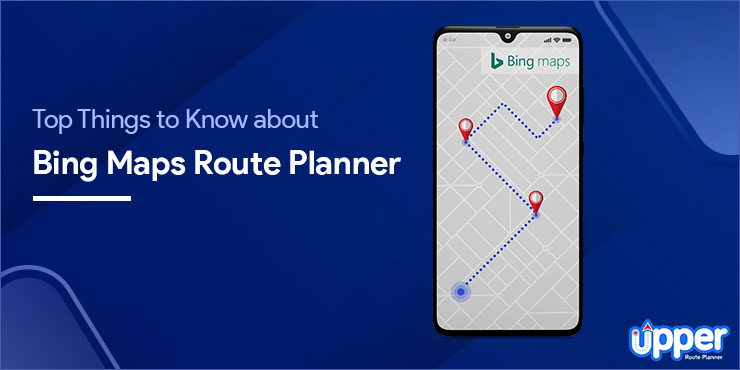 We require mapping and navigation tools daily – to help us on our commute, find gas stations and restaurants on our road trips, find the right address for delivery, etc. There are quite a few route planning and navigation apps like Google Maps, Waze, and Mapquest. But there is one such route planner that people often forget about: the Bing Maps route planner.

Bing Maps is one of the original route planning and navigation apps to be made available to us. Bing Maps came out at the same time as Google Maps. While all the updates on Google Maps catapulted its growth to a new level, the updates in Bing Maps went unnoticed. Bing Maps has some really amazing features, and it proves useful for many people needing route planning and navigation. But not many people have much information about it.

In this article, we will take a look at some of the features of Bing Maps, how you can use them and whether Bing Maps is as good as Google Maps or not. Let’s dive in.

Basics Of Bing Maps by Microsoft

Bing Maps by Microsoft has been one of Google Maps’ most direct competitors since its launch in 2005. Bing Maps is a mapping software provided as a part of Microsoft Bing’s suite of search engines. The app is powered by Bing Maps for Enterprise framework.

Bing Maps offers a fresh and clean interface, quite different from the interface provided by Google Maps. The controls for driving directions, traffic, and other features are provided in legible icons on the top.

Bing Maps was previously launched as MSN Virtual Earth, as a continuation of older Microsoft technologies like TerraServer and Microsoft MapPoint.

Bing Map’s original standout feature, which it was pretty popular for, was the aerial imagery. In 2009, Microsoft rebranded Live Search Maps as Bing Maps and the Virtual Earth Platform as Bing Maps for Enterprise.

Here are some of the features offered by Bing Maps by Microsoft. 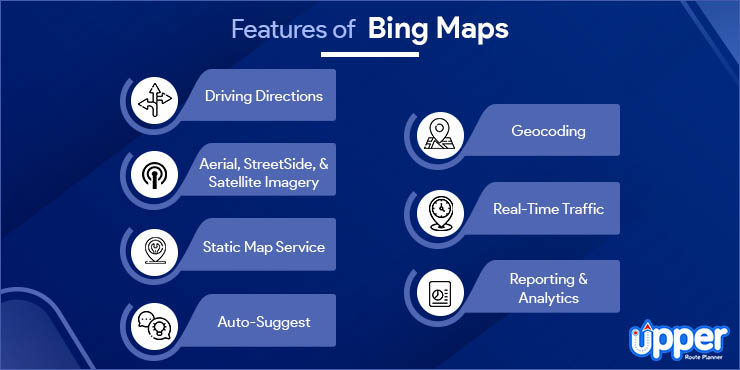 Bing Maps is said to be one of the fastest routing engines. In your routes, you can choose to avoid or minimize toll roads or highways. It calculates driving directions or public transit directions to a location from nearby major roads.

Bing Maps by Microsoft offers some stunning aerial and satellite imagery. It is among the best available online mapping services. The streetside imagery offers street-level panoramas of the location of your choice.

Bing Maps offers a REST service. It helps retrieve images of maps. These images are useful when generating reports or when you do not require a fully interactive map. You also get high-resolution 3D models of over 250 cities in 11 countries.

As you start to type the stop or location in the search bar, Bing Maps auto-suggests addresses, so you do not have to type in the whole address.

You can use forward and reverse geocoding to locate where a particular address is or look for an address or stop in a specific location. It offers batch geocoding of 200,000 reverse or forward geocoding and processes at once. This way, it cuts downtime, bandwidth, and the number of requests.

Bing Maps provides real-time traffic data in 35 countries. It presents the results either in individual incident data points or as color-coded roads depicting traffic flow in the streets. The app updates the traffic data every 15 minutes. The app retrieves traffic incident information like construction, traffic accidents, and road closures.

Users gain insights from the reports and analytics. Users calculate useful information regarding their routes and stops. This data helps make informed decisions in the future.

How to Use Bing Maps Route Planner?

Bing Maps Vs. Google Maps – Which is Better?

Bing Maps by Microsoft offers features quite similar to Google Maps, including transit and walking maps and driving maps and road, aerial, and streetside view.

Some distinctions between Google Maps and Bing Maps

Can I use Bing Maps offline?

Bing Maps is free to use if you add Bing Maps to a free mobile app and make less than 125,000 transactions in 12 months on a non-password-protected website.

When you compare navigation, mapping, and overall mobile experience, Google Maps is far better and more advanced than Bing Maps. Google Maps has the lead over Bing Maps in any given country whether it is for biking, walking or public transport mode.

Which is a Better Option for You?

Both Google Maps and Bing Maps came around at the same time. Over time, while Google Maps was able to work its way towards developing and making navigation and route planning services more accessible, Bing Maps was left behind, being restricted to a few thousand users who had access to the map on a Windows device.

It makes sense why Google Maps, and not Bing Maps, is the first choice when it comes to routing and navigation. Google Maps is predominantly found on Android devices, where it is a default application. iOS users can download it from the App Store.

We hope this article about Bing Maps and its similarities and differences concerning Google Maps has helped you determine which app is a better option for you.