In the field of operations research and computer science, travelling salesman problem is about finding the shortest and most efficient route for a specific list of stops or destinations along the way. This well-known algorithmic problem has had many attempts at cracking the code and breaking free from its shackles.

Computer scientists, for over half a century, have tried to find approximate solutions to the travelling salesman problem. Some of those solutions have worked, while others only proved to create more confusion for the person involved.

In this article, we will take a look at the challenges posed by the travelling salesman problem, the optimal solution for it, and how a recent breakthrough in theoretical computer science research gave birth to a record-setting algorithm.

What is the Travelling Salesman Problem (TSP)?

The Travelling Salesman Problem (TSP) is a combinatorial problem that deals with finding the shortest and most efficient route to follow for reaching a list of specific destinations.

Travelling Salesman Problem (TSP) is a well-known algorithmic problem in the field of operations research and theoretical computer science.

The Traveling Salesman Problem is an optimization problem studied in graph theory and the field of operations research. In this optimization problem, the nodes or cities on the graph are all connected using direct edges or routes. The weight of each edge indicates the distance covered on the route between two cities.

The problem is about finding an optimal route that visits each city once and returns to the starting point after covering all cities once. 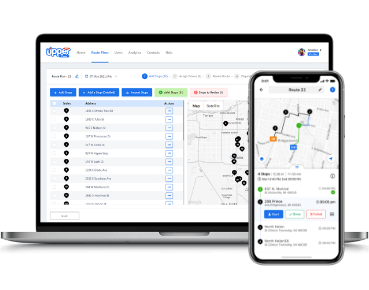 Which is the Most Optimal Solution to Travelling Salesman Problem?

These are some of the near-optimal solutions to find the shortest route to a combinatorial optimization problem.

Some Other Optimal Solutions to Traveling Salesman Problem

A New Method Gave Birth to a New Algorithm

There hasn’t been a method which can find the shortest trip. But the method has made it possible to find solutions that are almost as good. This was done by Christofides algorithm.

Christofides used the example of a tree as the backbone of the trip. He then added extra edges to make it a round trip. Each round trip must include an even number of edges into each city.

Christofide’s approximate solution still remains one of the best polynomial-time algorithm solutions. This simple and intuitive algorithm still isn’t the most effective solution for creating routes for travelling salesmen.

In 2010, Owais Gharan, Saberi, and Mohit Singh, at the Georgia Institute of Technology started working on a long-established problem in theoretical computer science.

They started working on the algorithm by choosing a random tree from a collection. The old method involved selecting the shortest possible tree connecting the cities. It then adds connections until all the cities have an equal number of connections. This method required connecting two cities that were too far away from each other. It made the round trip much longer.

Their algorithm plugs into an alternate version of the problem and allowed for travel along with a combination of paths. The round trip produced by the new method, while still not being efficient enough is better than the old one.

In July 2020, Karlein and Gharan, along with a graduate student, Nathan Klein, introduced a new approximation algorithm. This has led to substantial improvement in the approximation factor. Hopefully, more research and experiments will be done further on this advancement and new solutions will come through.

What kind of problem is Travelling Salesman Problem?

Why is the travelling salesman problem important?

The travelling salesman problem has gathered a lot of attention from mathematicians, computer scientists, and programmers, mainly because it is easy to understand but extremely difficult to solve. It is important to understand and find a solution to the travelling salesman problem as it represents a larger group of problems also known as combinatorial optimization problems in transportation and logistics networkcombinatorial optimization problems in transportation and logistics network.

Why is travelling salesman an unsolvable problem?

The problem or rather finding a solution to the problem has been a nightmare for supply chain management companies with the likes of FedEx and Amazon. The reason it remains unsolvable is that the permutations among the options are constantly being worked on to find out the least time-consuming way of covering every point on the route.

Academic solutions do try really hard to offer possible solutions to these NP-hard problems. But most of them are not very practical when it comes to solving real-world TSP problems. Solving last-mile logistical challenges aims at getting instant results, even if they are not entirely accurate.

These real-world problems are solved by route planning and optimization solutions. These tools use effective optimization algorithms that help them find a good enough route for their deliveries.

Upper Route Planner is one such route planning and optimizing software that allows different businesses to optimize routes and save planning time. Moreover, the software is known for simplifying the entire delivery process from planning to optimizing in just a few minutes. To know how it benefits your business, you can start your FREE trial and explore its features.