What are DTC Codes & How to Diagnose Your Vehicle with DTC Codes?

In a perfect working system, there are usually indicators in place to inform users of any errors hampering the system’s performance. In the case of vehicles, DTC codes play the role of this indicator to let users know of any malfunctions.

Before DTC codes, a mechanic or owner would have to open their car’s hood up and fiddle around to see what was wrong. Though ever since the mandate for OBD 2 ports on vehicles the process of diagnostics has gotten easier and more efficient.

Still, these codes can be confusing to those that have never used them. Thankfully these codes are very easy to understand once you see what they stand for. Let us see how you can decipher the meaning of these codes with ease.

What are DTC codes?

Knowing the exact cause of a vehicle malfunction can greatly increase the speed of repairs. This is why the universal interface to look at these codes was mandated for vehicle manufacturers.

Whenever your vehicle’s check engine light is on you need to look at the diagnostic trouble codes to know what exactly is wrong. Looking at your DTC codes is a fairly simple process though most people do not know about it as they have not bothered to do it themselves.

How to Look at DTC codes?

Every single modern vehicle has an On-board Diagnostic system or OBD system that lets you read all the diagnostic trouble codes in an instant. Whenever you have your check engine light on, it means that your vehicle’s OBD system detects a malfunction that needs to be resolved.

Thankfully all of these systems share the same way to look at DTC codes. You can read all your diagnostic trouble codes by simply using the OBD-II port on your vehicle. Though if you operate heavy machinery with diesel engines, you will have to use a J1939 port.

Usually, in most OBD-II-compliant cars, the OBD-II port is located under the dashboard, near the steering column. All you need now is an OBD scanner to connect to the OBD-II port on your vehicle. You can find a pretty decent OBD scanner for less than 50 USD on most shopping websites. These scanners come at a relatively inexpensive price and could serve you for years.

After you connect the OBD scanner to your vehicle’s OBD port, all that is left to do is to scan it and look at every single diagnostic trouble code. Your vehicle might have all sorts of problems from a faulty sensor circuit to a faulty mass air flow sensor. This is why you need to know what DTC codes mean.

Unlike OBD-II ports, the J1939 protocol has a different diagnostic connector and usually has its data port near the engine control module (ECM). The connector is also different and thus requires a separate scanner. These scanners, however, will cost a pretty penny.

On average these scanners are 3x more expensive when compared to their OBD-II counterparts. Since they are completely different protocols, they don’t share the same DTC meanings. This is why you need to understand what DTC codes mean on both systems.

How to Diagnose Your Vehicle with a DTC Code?

Some indicators other than the check engine light give you insights into your vehicle’s problems such as the engine coolant temperature light or the ABS light. Other issues such as faulty idle control systems can also be spotted without DTC codes.

Though engine fault codes can give you a quick look at what exactly is causing the malfunctioning indicator lamp to flare up. This is why automotive engineers use them all the time to resolve issues. You too can do the same when you learn what every individual DTC code means.

How to diagnose your vehicle with OBD-II DTC codes?

Diagnosing a car with OBD-II codes is pretty simple and straightforward, as all you have to do is look at all five characters in the code and see what they mean. Each and every character has a variable value that tells you what exactly the issue is. Let us start with the first character and move on to the meanings of the rest.

The first character is an indicator of the area in which the malfunction is occurring and is usually denoted by an alphabet that relates to a specific vehicle system.

The third character further refines by specifying the area of the issue that is affecting your vehicle, by using any number from 1 to 8.

The fourth and fifth numbers from the vehicle’s onboard diagnostics system will tell you the specific fault index number to pinpoint the underlying issue. These numbers can range between 0 to 99.

How to diagnose your vehicle with J1939 DTC codes?

If you operate any heavy-duty vehicles then you will most likely be dealing with J1939 DTC codes. These DTC codes work in a totally different manner when compared to DTC codes from OBD-II-compliant vehicles.

The Suspect Parameter Number denotes the area that is most likely to be the cause of the issue. All areas that can show up as vehicle errors will have an SPN and will be shown in the DTC code.

The Failure Mode Identifier code gives you the precise error that is occurring within the suspect parameter number. These errors can pop up due to a wide range of factors such as a calibration error or abnormal update rate.

The Occurrence Counter works even when the vehicle is not operational, to count the number of times that the malfunction has occurred. This gives you an insight into the time of the error popping, helping you identify the problem faster.

The sight of a glowing check engine light is a concern for any delivery business. This is because it is a sign of an impending error with the delivery vehicle. These vehicle downtimes not only cause customer dissatisfaction but also cost the company a pretty penny to fix the issue.

While there are many things fleet managers could do to reduce vehicle downtime. Though, there is only so much a fleet manager can do before they need software that can reduce the wear and tear caused by unnecessarily long routes. This is where Upper comes to the rescue.

With Upper, fleet managers can optimize routes in a way that saves both time and money spent on deliveries. Such brilliant route planning and optimization have a profound effect on the amount of wear and tear faced by your fleet due to poorly planned routes.

Looking to Make Deliveries Go Easier on Your Fleet?

Look no further as Upper is the ideal solution to drastically improve your delivery efficiency. Make your route planning process hassle-free using Upper.

What happens if you delete a DTC code?

Deleting a DTC code will not solve the underlying problem that caused the DTC code to appear. Because fault codes only pop up with an abnormality on your car’s OBD system, it is important to pay heed to the code and see if it can cause a critical issue down the line.

Are DTC code meanings the same for all cars?

Can I read my car’s DTC codes with a phone?

There are plenty of Bluetooth-enabled OBD-II scanners that will wirelessly send all the DTC codes from your car to your Android/iOS phone. Such wireless OBD-II scanners can be a bit more expensive when compared to wired devices but they make up for it with their practicality.

The mechanical systems in a fleet vehicle are often neglected and overused to the point where they simply break down and cause long downtimes. This is why the check engine light pops up. It is so that you look at the DTC codes and figure out what is wrong with the vehicle before a critical issue ruins your day.

DTC codes are truly a blessing for mechanics as, without the proper understanding of DTC codes, one is blind when fixing any modern vehicle. While regular vehicle maintenance is good to prevent breakdowns, you would have to ensure that your staff is equipped with the right fleet maintenance tips.

It is also of equal importance to be on the lookout for ways to improve the efficiency of your operations with software such as Upper. With Upper, an entire fleet’s routes can be made to perfection and dispatched within minutes. Try our 7-day free trial to see the abilities of Upper for yourself. 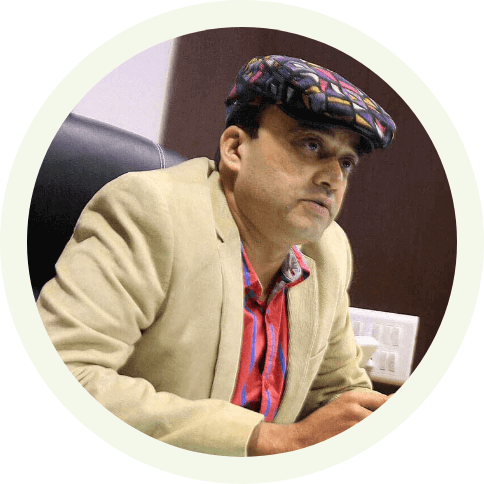 Centralized Dispatching—What is it, Pros and Cons, How can you Improve it?

Shipping Logistics: A Beginner’s Guide & How to Optimize the Shipping Process?

What is Curbside Pickup and Delivery? Is This Popular Service Trend Right for Your Business?